What is Mock Trials?

A yearly club running from November to March, Mock Trial can be described as follows:

"A Mock Trial is designed to reenact much of what might take place in a trial court.  Students take on the roles of attorneys and witnesses and compete against each other in real courtrooms in front of real judges and lawyers. But while the students take on roles, there is no set script (with the exception of some elementary grade trials).  As in a debate, participants must adjust to the strategies employed by the opposing side. In general, mock trials draw upon historical events, trials of contemporary interest, school or classroom situations, or hypothetical and entertaining fact patterns. " More information can be found at the  Michian Center for Civic Education Website

While this club requires a lot of initial reading, writing, and analyzation, students find it to highly benefit them, especially in regards to public speaking, organization, and writing compoisition. Anyone interested in law, public speaking, debate, or acting is a great fit for this club.

This case was a civil case focusing upon whether a hate group and its leader should be found liable when its members or alleged members commit heinous acts.

On November 13, 2017, Leon Johnson, an African American, his white girlfriend, Marilyn Overton, and one of their friends, all residents of Centerville, drove to Johnson's house from a party they had all attended. Frankie Sherwood, the driver of the vehicle, stopped the car in front of Johnson's home. Johnson and Overton exited the vehicle but remained near the car, chatting with Sherwood.

Earlier that same evening, T. Brewster, president of East Side White Pride (ESWP), a local Skinhead group, and some members of ESWP drove to a Skinhead club in downtown Centerville to distribute White supremacy literature provided by Andy Barrett, a member of the White Aryan Separatist Party (WASP), who was visiting from Colorado. Both ESWP and WASP are dedicated to the supremacy of the White race, and membership is limited to White persons of non-Jewish ancestry.

As Brewster, Barrett, and the other members of ESWP left the club, they headed back to their own neighborhood on the east side of the river. After stopping at a mini-mart to pick up some beer, they headed down Belmont Street to drop Barrett at the motel where s/he was staying. After they let her/him out of the car, they continued cruising on Belmont, and after turning onto a side street, came upon Johnson, Overton, and Sherwood. Harsh words were exchanged and an altercation ensued. As a result of the incident, Johnson died; Overton remains in a coma and is unable to testify. Brewster pled guilty to second-degree murder and received a sentence of 15 years in prison. The other persons in the car with Brewster that night have fled the jurisdiction and are not available to testify.

Martha Johnson, Leon's mother and the personal representative of his estate, has brought this wrongful death civil action seeking compensatory and punitive damages against Brewster and WASP.  The matter has been bifurcated for trial; only issues of liability will be tried in this first phase. 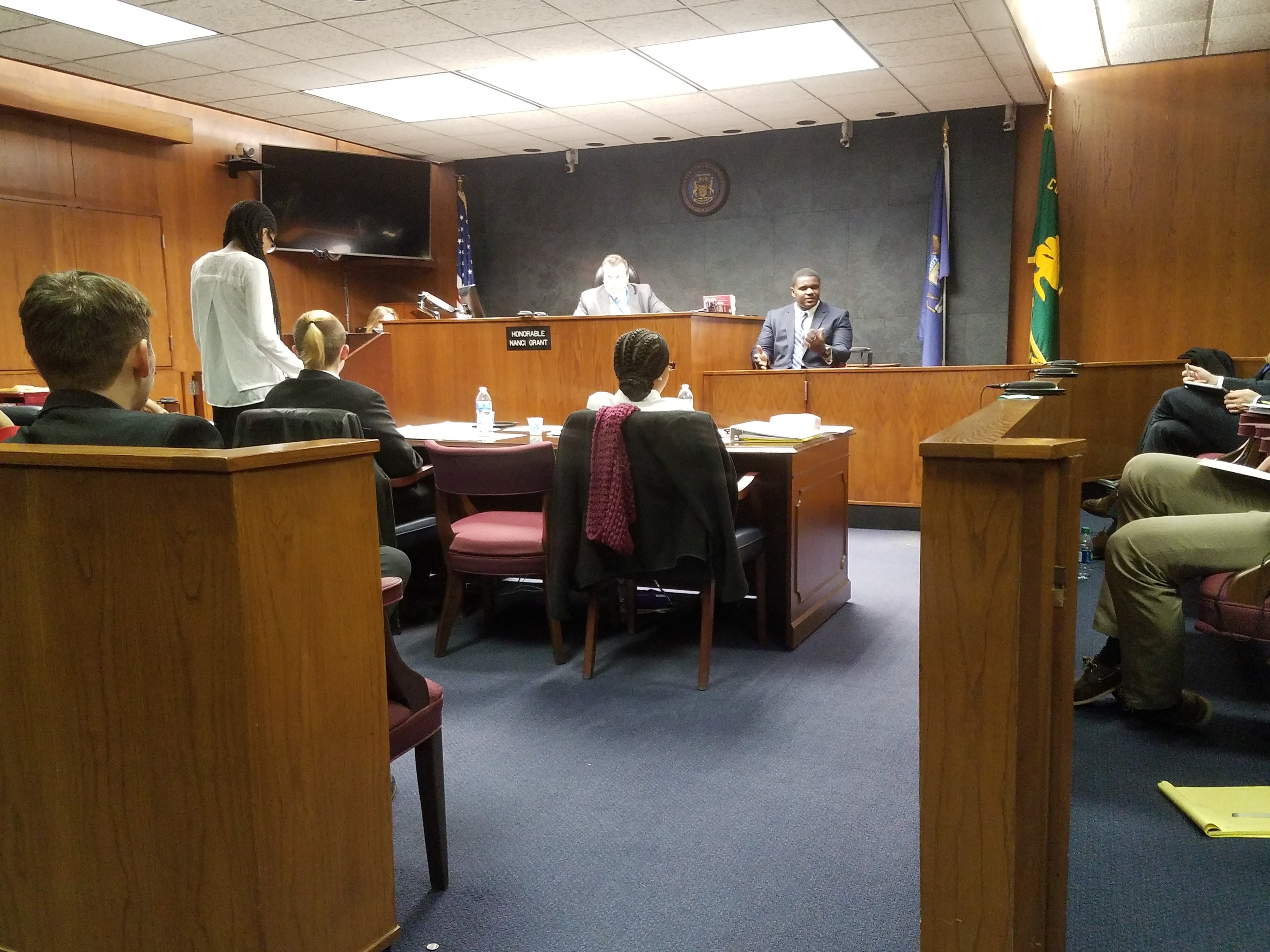