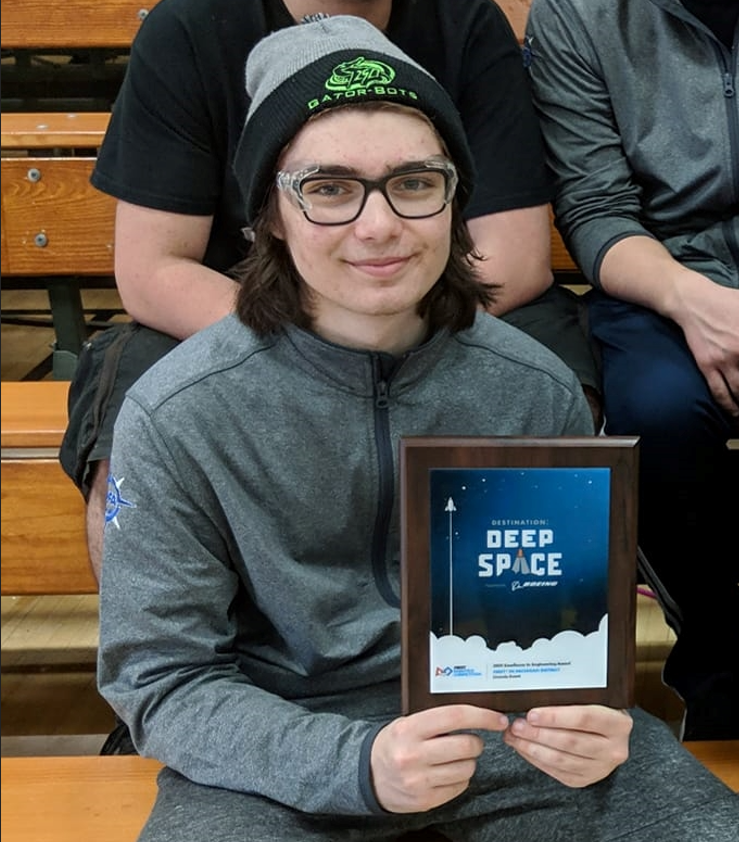 We’re pleased to introduce Damien Fullerton to the HFA Alumni Spotlight page for his accomplishments in the field of electrical and biomedical engineering, as well as his volunteer efforts with HFA Robotics.

Fullerton graduated from HFA as salutatorian in 2020. Looking back on his four years at HFA he describes his time as,”amazing years that most definitely changed my life for the better.” As a dual enrollment student, Fullerton completed 27 credits through Henry Ford College while still in high school; taking medical classes such as: Anatomy and Physiology, Chemistry, and Biology. He currently is attending the University of Michigan, pursuing a bachelors in electrical engineering and biomedical engineering. He is expected to graduate in 2024.

Fullerton was a devout member of the Gator Bots FRC team and states that he owes, “an unpayable debt to the mentors and teachers that made it so amazing and taught me so much.  I would like to particularly thank Ms. Goodman at HFA and Brian Moorhead at Quantum Whatever LLC for everything they do for the robotics team.” For Fullerton, Robotics gave him a direction in life and something to look forward to after school. He recommends any students who are even remotely interested in Engineering, Software, or Data Analytics to give Robotics a try. He proudly describes Robotics as his second family and to this day, he still helps out as a CSA (Control Systems Advisor) for FIRST at robotics events.

Looking back on his time at HFA, in the summer after 11th grade Fullerton took the opportunity to do his practicum with a mentor from the robotics team working at Quantum Whatever LLC. He learned so much about battery management systems and gained a lot of experience that he “wouldn’t have been able to get any other way.” Although he doesn’t see himself in the battery field at this point, Fullerton was able to continue the momentum of this experience after graduation to land an internship at ZDR Inc., a biomedical firm just outside of Ann Arbor, where he designed implants and custom tools for doctors to use during operations.

He recalls one of the first projects during his internship where he drafted technical drawings and CAD which was used to reduce the amount of bone that needs to be removed during toe joint replacements. Fullerton states that, “these kinds of things make me extremely proud to be able to use my knowledge from HFA/Robotics to help others on a mass scale.” Fullerton continued summer internships throughout his college career. He was contracted by ONE, a battery company in Novi, MI, to work on battery charger system design. He again used his knowledge gained from senior practicum and robotics to help ONE out with a project intended to lower their cost of operations by creating a low cost solution, for an expensive problem.

Recently, Fullerton was offered a summer work opportunity for Nuro, an autonomous robotics company that is on the bleeding edge of autonomous food/grocery delivery, based out of Mountain View CA in Silicon Valley. He will be designing printed circuit boards for the robot battery team. He states that, “while I think my college education has definitely helped me get here, I actually think HFA had a larger role in me finding success in the job market. I definitely feel under qualified to be working at Nuro just based on my time in college/age, but my experience in the field put me ahead, knowledge wise, of others my age.”

As a word of advice for students at HFA, he hopes students exercise the immense amount of connections that sit in front of you to get experience in the workforce, whether that be through practicum, or building close relationships with teachers and mentors that can find you a way to get valuable experience. 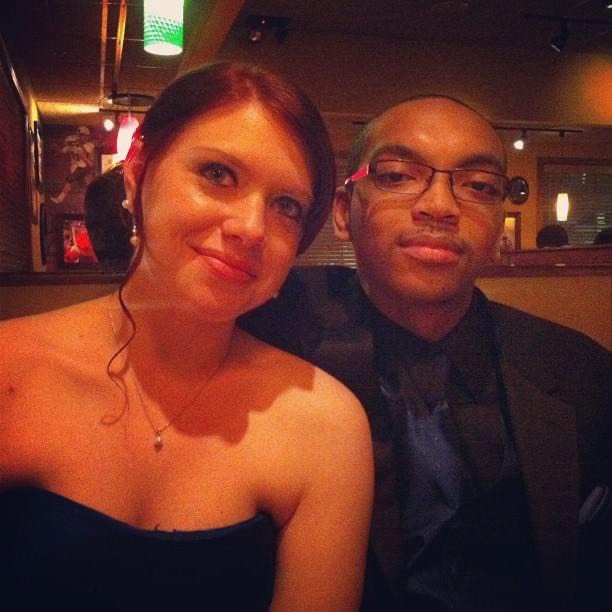 Henry Ford Academy is proud to shine the Alumni Spotlight on Rodney Lewis (2013), in recognition for his significant contribution and commitment to the field of software engineering and robotics.

Rodney graduated from University of Michigan-Dearborn with a Bachelors of Science in Software Engineering. He currently works as a Site Reliability Engineer (SRE) for Dynatrace, which is a software intelligence company. Rodney explains his role as the SRE is to monitor and maintain large scale servers in various cloud platforms (like AWS and Azure), that are used for Dynatrace’s customers facing applications. He also designs and creates workflows or writes automation codes to make the monitoring of those servers easier to streamline processes dealing with those servers. Rodney, in short, makes it his goal to “keep the lights on” and to maintain 99.9% uptime (or close to that) for Dynatrace products.

HFA’s Robotics Program sparked Rodney’s interest in software engineering.He explains: “that the biggest thing HFA has provided me with is a possible outlet to provide industry knowledge and skills to the next generation, where I primarily helped with programming and control systems.” Some of his favorite memories from his time at HFA were participating in the robotics program, attending town hall meetings, and meeting his future wife (dated throughout high school, and now are recently married).

Rodney’s favorite teacher (or principal) was Rick Enright, who helped him get placed with the Henry Ford technical support team for his practicum project. Following Rodney’s senior practicum project, he continued to advance his skills in software engineering through an independent study his senior year which helped to provide technical support for the Village campus at HFA. Rodney explains that: “although it seems small, I’d like to think that this was the start of my technical career because I continued to advance my skills and experience throughout my career leading to my role today as a SRE!” Rodney, would like to especially thank Mrs. Tammy Goodman who assisted him at HFA and offered tutoring sessions for several of his more difficult college level math courses. Rodney expresses that, “she always had my back.”

Please join us in recognizing Rodney Lewis for his accomplishments and dedication in the field of software engineering! 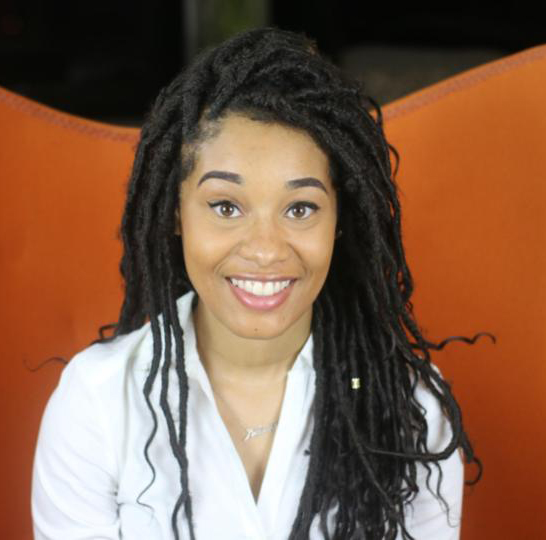 Henry Ford Academy is proud to shine the Alumni Spotlight on Ashleigh Anderson (2014), in recognition of her achievements at Wayne State University and commitment to serving the community, including award-winning research in the field of public health.

Ashleigh graduated from WSU in May with a Bachelors of Science in Public Health, earning Departmental and University Honors. She will be attending University of Detroit Mercy in the fall, enrolling in the accelerated nursing program for students pursuing a second degree. With completion of that program, Ashleigh will become a registered nurse by December 2019.

In the summer of 2017, Ashleigh joined WSU’s McNair Scholars Program, which supports minority college students in their research. In collaboration with Martina Caldwell, M.D., an Emergency Medicine physician at Henry Ford Hospital, Ashleigh conducted research on Emergency Department (ED) utilization for prenatal care and how it affects birth outcomes. She presented her findings at WSU’s Undergraduate Research and Creative Projects Conference in November, and won an award for having one of the top ten research projects. “My public health background has taught me a lot about the preventative measures of health care that can impact not just individuals, but communities, as well,” Ashleigh reflects.

HFA’s Senior Mastery Program sparked Ashleigh’s interest in public health and her research topic. She explains: “I was actually inspired to pursue my major because of an experience I had during Senior Practicum! I was introduced to a neonatologist named Dr. Clarita Hughes by my Practicum mentor, Dr. Delitha Taylor. Dr. Hughes allowed me to shadow her in the neonatal intensive care unit of Oakwood (now Beaumont Dearborn) Hospital. It was from that experience I knew I wanted to work with premature babies in some capacity.”

Along with Practicum, Ashleigh credits several other aspects of her HFA career as being instrumental in preparing her for WSU. “I think my most valuable experience at HFA was my dual enrollment at Henry Ford College. That really put me a step ahead at Wayne State in terms of having extra credits under my belt my freshman year. Also, the GAPP experience really was a precious one, as I cherish the memories I have from the German exchange program. I was able to complete my foreign language credits in college sooner because I took German at HFA.”

As for advice to HFA students, Ashleigh recommends applying for every scholarship available. “Maximize your financial resources to pick where you want to go to school, not go where you have to go.” In addition, starting in their freshman year, students should “keep in mind that your overall high school GPA is really what opens doors upon graduation.” Finally, taking the SAT seriously the first time, and preparing amply, is key.

She concludes: “Trust the process that life takes us on. There are times where we don't necessarily understand why things don't work out or maybe even why they went a different way, but everything has a specific reason that it happens the way it does.”

Please join us in recognizing Ashleigh Anderson for her accomplishments, and thanking her for the inspiration she provides to us all! 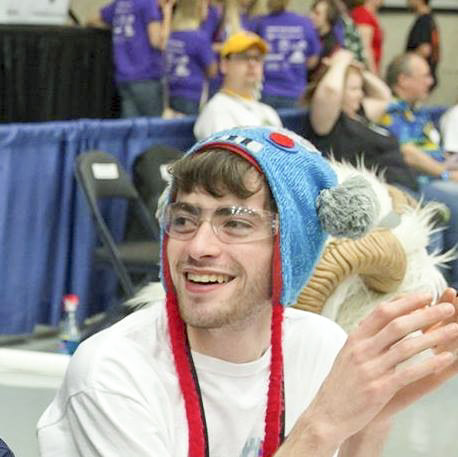 Henry Ford Academy is pleased to honor John Puterbaugh (2013) in our Alumni Spotlight, in recognition of his significant commitment, service, and contributions to the HFA robotics program. We also want to recognize the broader impact John has made on robotics in Michigan.

Since John graduated from HFA, he has an been an extremely active volunteer for FIRST Robotics, volunteering at many activities and events.  FIRST Robotics is the national entity through which our robotics team competes.  Last year, John volunteered and worked an event every weekend during the “build” season, including working at the State Robotics Championship.  This year, FIRST in Michigan asked him to become a Field Technical Advisor, a highly visible role with significant responsibility.  As FTA, John reports to FIRST headquarters and is responsible for keeping the FIRST Robotics Competition field running smoothly and in accordance with FIRST requirements. Appointment as FTA results from nominations by current FTAs, Regional Directors, District Management, or headquarters staff, and is an extraordinary honor. 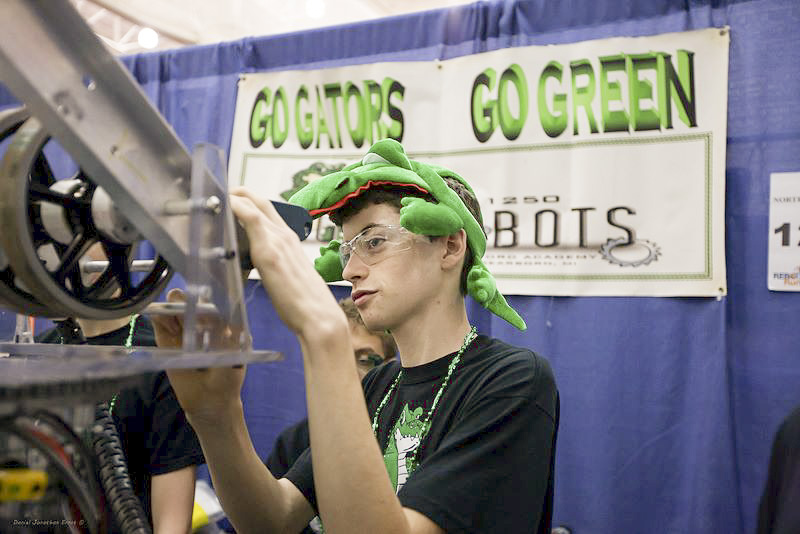 In addition to his FIRST duties, last year John returned to HFA and started mentoring our team, the Gator-Bots. “He has been unbelievably valuable to us as a mentor, giving graciously of his time,” commented Tammy Goodman, HFA Teacher/Mentor for the team.  “I don't know how we would have gotten through last year without him.”

John has been mentoring students mechanically and on CAD (Computer Aided Design), having seamlessly made the transition from student to mentor.  This year he generously purchased and donated over $1,000 of computer monitors for students to use at our CAD stations.  In addition, John is making available for team use a new projector, Bluetooth speakers, and a projection screen that he recently purchased. 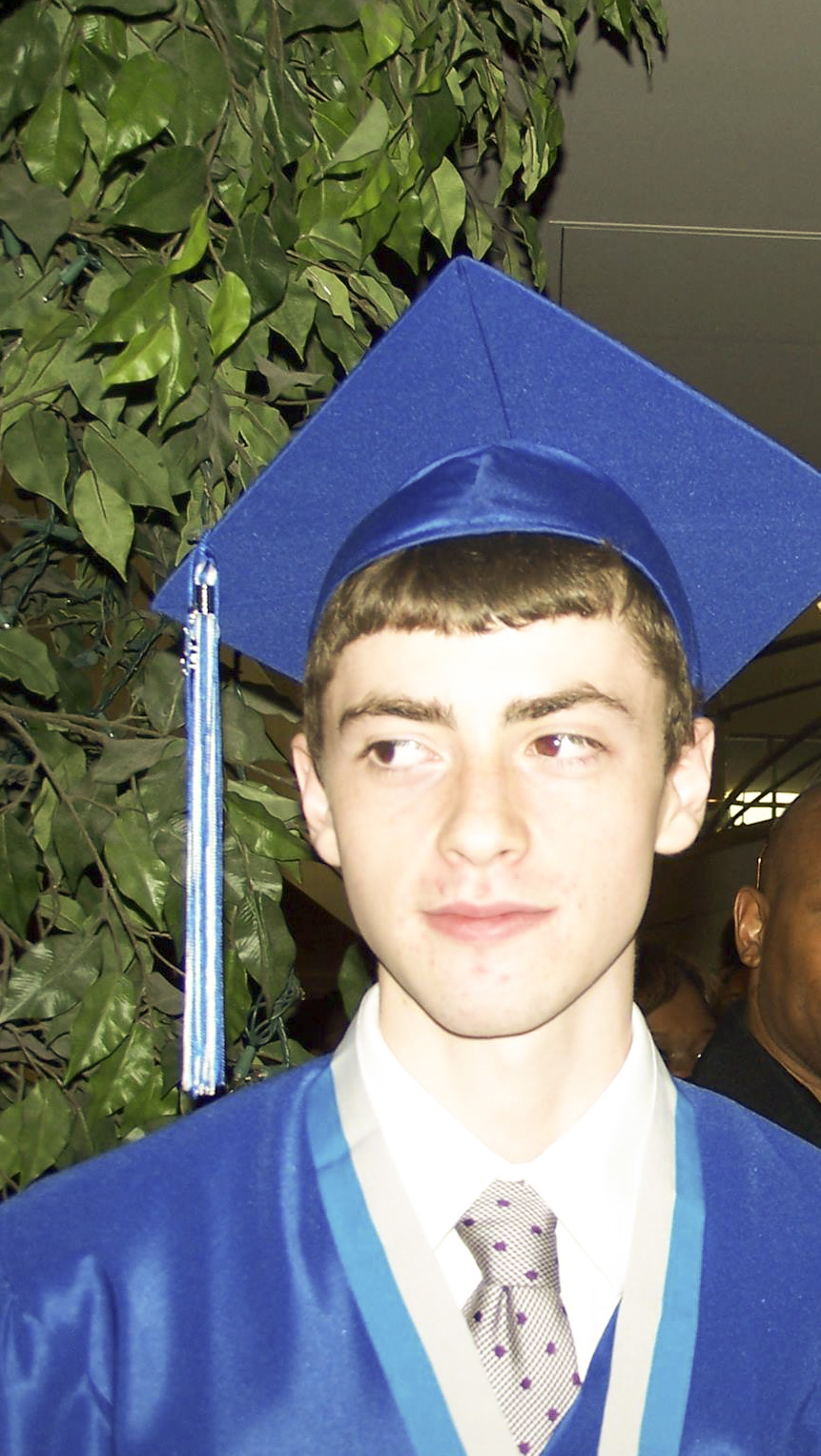 Please join us in applauding John for his service and “giving back” to HFA!

Stay Connected with Us & Alumni